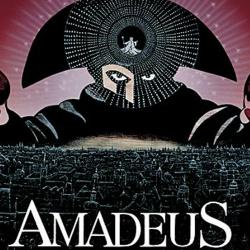 Tharp’s third collaboration with Miloš Forman was Amadeus. Working on location in Prague, Tharp choreographed and directed the opera sequences for the film. The sequences were created for a contemporary audience and are not exact reconstructions of eighteenth century dances. The operas included in the film are: The Marriage Of Figaro, Abduction From The Seraglio, The Magic Flute and Don Giovanni.

A selection of excerpts.

The Orchestra:
Academy of St. Martin in the Fields, conducted by Sir Neville Marriner