All About Eggs on WGBH

Inspired by 15th Century Flemish painters, the first section questions the efficacy of communication in a modern world. A single message is delivered simultaneously in three different ways as Rose Marie Wright performs mimetic gestures in front a tryptic of shifting images while a voice over translates her actions into English. 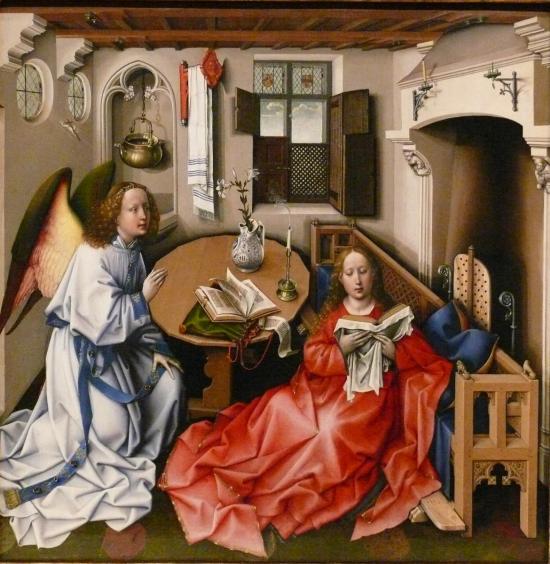 The Mérode Altarpiece by Robert Campin seen in the background of the opening image.

Next is a duet to Bach’s Cantata 78 for Wright and Kenneth Rinker, which would later premiere independently under the title The Bach Duet.

Finally a solo for Tom Rawe morphs into a quartet as Rawe's image was multiplied using early chroma key technology.

All About Eggs has never been screened in full.